This is something I have scarcely shared before, and then stopped sharing at all. I had so much difficulty in recalling it, that I started to feel like I had made it up , maybe as an excuse to justify some of the ways I acted. Something we can learn from in itself, because recently I learned that I didn’t make it up at all. The night before I went on Good Morning Britain, I called my mum to let her know that I was going to speak publicly again. I told her I didn’t want to paint her in any kind of bad light, but I was conscious of how short amount of time I would have to explain just how alcoholism affects the whole family. The amazing woman that my mum is, she simply explained that it doesn’t matter what people think of us if you’re helping someone. Then she said something that opened my world, she said “But of course, you don’t remember some of the real bad stuff… Like that fateful day?!”
I knew instantly what she meant, and for the first time since it happened, 20 years before, we spoke about ‘that fateful day’. I realised that what I remembered was true, give or take some details my mind had altered, and I felt a sense of relief. 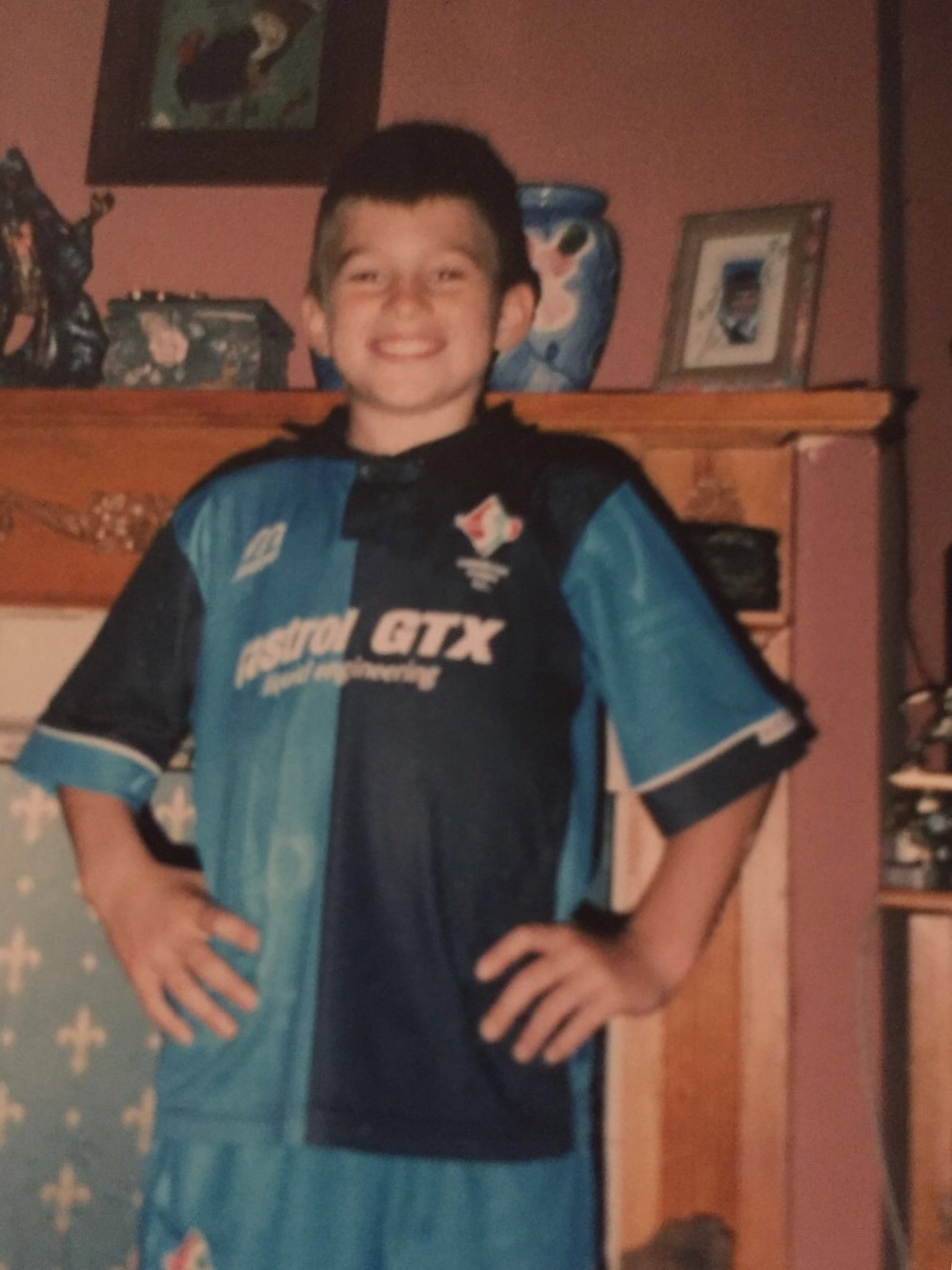 I was 9 years old. My dad had been released from prison and lived in a bed sit. Me and my 2 brothers used to go there on the weekends to stay, but on this particular day, my older brother was playing football so it was just me and my little brother, who would have been 7 years old.
I don’t have a clear memory of how the day panned out, but the first thing I remember is being at lydiard park. It’s a big park and there’s some grounds you can walk around, with a lake and scenery and so on, and this day was a particularly hot day so it was packed full of families. Dad was drunk, actually he was worse than that, he was out of his head and drinking from a big bottle of cheap cider. As we walked through the grounds, in front of hundreds of people picnicking and playing, he started urinating as he walked. Not wetting himself, but walking along weeing everywhere. It was my dad, but it wasn’t my dad, he was laughing hysterically, and his eyes… His eyes had that look that only a drunken alcoholic could have. Everyone was staring. I remember the looks of disgust, of pity, of anger. I wanted to shout, to tell them all to stop looking, that was my dad they were looking at. I was angry too, I might have only been 9 years old but I wanted to thump every single person on that field for what they thought. I don’t remember anyone verbalising anything, but I could hear what each and every one of them were thinking, and I hated them for it. I remember the noises too, people may not have said anything, but the gasps, the groans. Until now, as I write this, I had no idea that all the fights I went on to have right through to adulthood were fighting those people from that field.. I walked on in front, trying to run away, but I wanted to be defiant in some kind of way. He was my dad, and I loved him, like you love your dad. I didn’t want any other dad, I didn’t want you take him away, or me away, I didn’t even want your help. I just wanted my dad. I wanted to protect him, for him to be OK. I knew what everyone in that field thought and I hated them for it, but worse still I hated myself. 9 years old and I despised myself for not being able to stand next to my dad in solidarity while alcoholism killed him in the most shameful and public way. I could barely look up from the floor. Of course I couldn’t, the shame crippled me, and any type of shame still does today. Is it any wonder I spend most of the time I meet new people today, petrified they’re ‘going to find out what a waster I really am’? That little boy is still in me. I realise there was nothing I could have done, but only after years of hurt, as I tried to bury this memory for good. 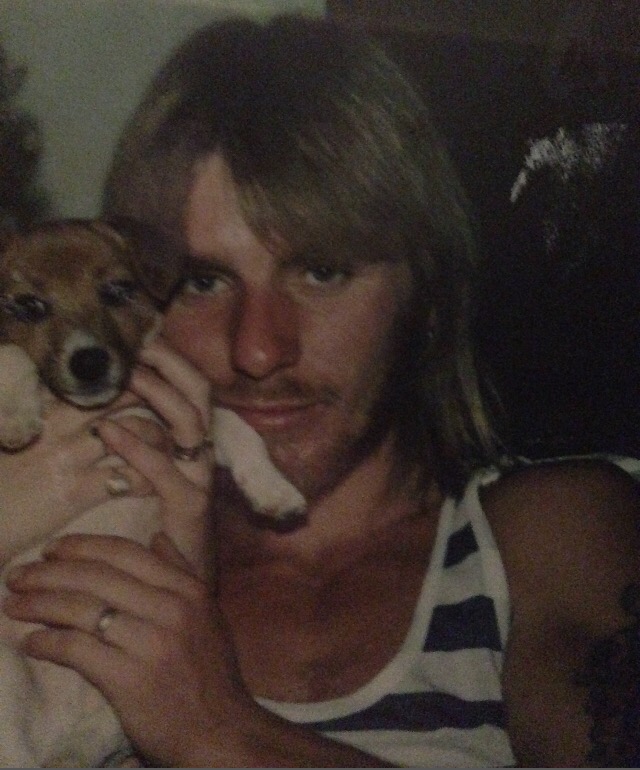 Later that day, well I think it was later that day but I can’t promise you that, we were back at the bed sit. Dad was now in and out of consciousness. He was still drinking. I don’t remember much, but he told me he had to take some tablets. To make him better, and that they would help him with the drink. He started taking loads. To be honest I don’t remember how many. I’m trying hard to vision the actual taking of the tablets but I can’t. I have no idea what tablets they were, prescribed, or even street drugs, I don’t know. But the next thing I remember was my dad on the floor. His body was shaking violently, like he was fitting in some way. He begun foaming at the mouth. A dry foam that, as well as coming out and down his cheeks, was being coughed into the air. I can faintly picture his eyes bulging, before closing, and the foaming and shaking stopping, and…. silence.
My first thought, stood there as a 9-year-old boy, was that of relief. It was over. Then an instant panic and worry, not just of what was going on but that I must protect my mum and make sure she doesn’t see my dad laying there. Every thought riddled with, and drenched in, guilt. Guilt that I couldn’t help, guilt that in some way I was somehow responsible, and perhaps worst of all, guilt that I felt relief in the silence.
There was a phone in the bed sit but it could only receive calls. I waited for my mum to call. I have no idea how long after it was, and I have no memory of what me and my younger brother did in that bedsit while we waited. I can only imagine what we must have been going through. The trauma. The silence. As I write that, I’m thinking to myself, it’s no wonder I suffered most of my life when I found places that were void of noise .
My mum did eventually call and all I said was dad was drunk again and we needed picking up. Despite what was happening, I felt it my duty to protect my mum from what I’d seen, and I didn’t want to betray my dad in telling mum what he had done.
Our Nan picked us up. She didn’t come in, they never did when dad had drank too much. You could never be sure of what he would do. So she picked us up outside and we left.
My mum tells me that when I got home I told her he taken 1 tablet. Later that night I told her he had taken 2. The next day I said my dad had taken 3.
The day after that,my teacher had given me a message that I couldn’t go to a friends straight after school and that I had to go straight home. I knew this was it. Mum showed up at school and I could see she was upset. We got in a taxi to head home, and it dropped us at the end of the road. As we walked down our street I said
“Dads dead isn’t he?!”
I’m sure my mum heard, but nothing was said. When we walked through the door she told us…. Our dad was gone. Alcoholism had stolen him from us. That’s when I told my mum that dad had taken loads of tablets when we were there. She said he hadn’t died that day.

I never spoke about that day again. Until I found recovery and started trying to get well. I didn’t trust anyone. As far as I was concerned, the rest of the world were those people in the park that day. I never wanted to be looked at like that again. The first time, since the day mum told us dad had died, that me and mum spoke about ‘that fatal day’ was 2 weeks ago. My mum says she spoke to my dad the day after the overdose and that he had died shortly after they spoke. For a time I thought she may have been trying to protect me in saying that, but I believe her. Either way, today I know I was simply a 9-year-old boy suffering from a family illness called alcoholism. I wouldn’t change a thing. I am who I am today, and I wouldn’t swap my life with anyone on the planet. My childhood is part of that. But I believe in changing the future.
The kind of shame I experienced at that park is happening to millions of children every day in the UK. We HAVE to make every single one of them aware of NACOA. My dad was beyond help that day in that bedsit and I know that. It would have been no good telling a man like my dad the effects of his drinking. He was in too much inner turmoil.

I survived. But I believe millions of children in the future can do even more than that without some of the prolonged internal suffering that I had. I cannot tell you what the NACOA set up would have done for me in those years after that day. NACOA‘s website, email services, and help line specifically, would have opened my world and eased my loneliness. The website could have given me the confidence to know that the people on the phone understood. And because I couldn’t trust, and because of the shame, even a hint of seeing someone face to face would have meant I ran a mile. That’s why there is power in an anonymous helpline. Instead I spent years with no idea there was something wrong with me and believing I was the only one.
I share experiences like this because I want us to better understand how we can help children of alcoholics. I hope we can make a difference for coa’s of the future and NACOA is leading the way in that!

Here is a video of me visiting where my dads ashes were spread for one the first times! Lastly just a quick note, as always, to ask if you could take the time to click ‘like’ or leave a comment, that would be great for helping the blog to grow, or better still, subscribe with your email address to receive an email as each post is released. Check me out on twitter too @COAisathing.