This piece has been courageously written, anonymously. If you feel affected by what you read, always know that Nacoa is here to offer help and support. If you feel moved to write something yourself, then please get in touch.

The first time I saw a leaflet for children of alcoholics in my GP’s surgery I sat in my car and the tears flowed with anger and sadness and longing.How I needed someone to know what went on for me at the time, someone to tell me I wasn’t responsible for my mums drinking.

I might be seen as lucky by some and in some ways maybe I am. After 2 spells in rehab my mum became sober after the second time and has now been sober for 15 years. We have rebuilt a relationship but the grief is yet to hit me for the childhood I didn’t have although it’s there on the edges of my perception like a tsunami about to hit and I’m pretty fucking terrified of it.

Collecting her from rehab we were told that it would be harmful for her recovery to talk to her about our pain. I lived those years putting all my stuff into tightly sealed boxes and lived in a way that was entirely focused on her staying sober.

I’m now in my 40’s and am two years into my own therapy and beginning to explore just how much damage has been left for me to unpack and explore.

I became aware of my mums drinking around 12. The worst period for me was between 13 and 24. There are big pains that flood my whole being and there are little pains that seemed little and unimportant but can completely floor me when I start to talk about them in therapy. One example would be being left at my karate club with no one there to pick me up. I would try and find 10p to use the call box and if I didn’t have one it would take me ages to pick up the courage to go to reception and ask if they could call my mum. Sometimes it would take half an hour or so for her to pick up and she would slur down the phone for me to call a taxi. Coming home from school I would sit at the front of the bus so I could run in before my brother and wake her up and remove the whisky and vodka bottles.

Sometimes I would have to touch her to make she wasn’t dead.

Only through therapy have I realised that when I wake in the night in terror and have to go and touch my children to make sure they are breathing have I connected this to that little 12 year old girl who was frightened her mother was dead.

The big pain was the rages, the anger, the verbal assaults, the sleep deprivation and being made to say sorry for what she felt was my fault. These would usually happen after I had gone to bed and she would wake me. It felt like all the toxic poison would come out of her and pour itself into me. She would tell me I was evil and insane and it was my fault my dad left. Sometimes I would refuse to say sorry and would fight back but mostly I would give in so it would stop. She would hug me and I would sit rigid in her arms. Sometimes she would be violent and would slap, push, and pull my hair. One time she found cigarettes in my bag and pushed me into the bed, sat on top of me and rammed the whole packet into my mouth. I used to tell this as a funny story. The horror hit in me therapy where I could finally connect to the more real feelings of powerlessness and pain and a genuine fear of choking. 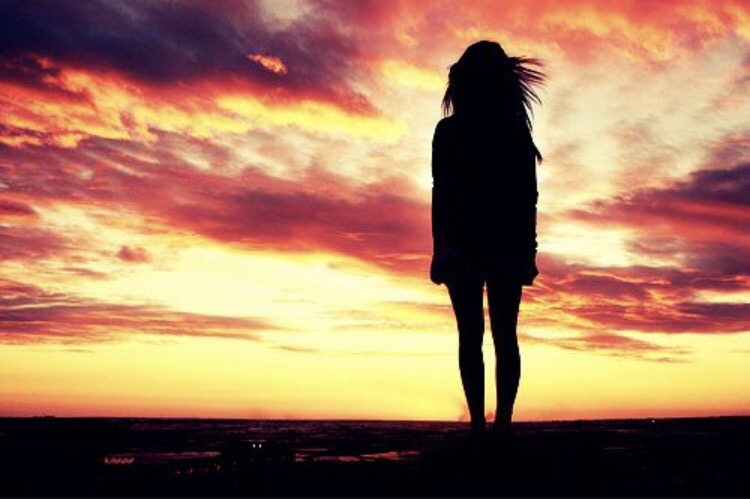 In trying to get away from this I ran away and I stayed at friends houses. One night my friends dad woke me in the night and sexually assaulted me. I managed to tell my mum (why, I’ll never know. I’ll never know why I have always still held on to trying to get something from my mum I know she can never really give. I’m a tryer you can give me that.) She told me I must have done something to lead him on and make him think I wanted it. I was 14yrs old. I never spoke about it again and it became a catalyst for my life unravelling into further assaults, self harm, drug taking and risky behaviour. One time I ran away and the police went to my school to ask my friends where I might have gone. My mum hadn’t liked the shirt I was wearing and had ripped it off me so I ran away. I just used to walk and walk anywhere. A neighbour found me wandering along the road later in the day and that was it. Neither the police or the school asked me why. If NACOA could be there for a child in that place I was in it would make such a huge difference and may prevent further ongoing traumas for that child as they become adults.

By the time I was 21 My body held a map of physical as well as emotional scars, I was promiscuous, I was addicted to drugs (although avoided alcohol and paracetamol because they were bad for you) I was raped and attempted suicide and was kicked off my uni course.

My mum continued to have a hold on me – calling me in the night to rant and rage and cry. I was always to scared to put the phone down in case she hurt herself. In amongst this mess of a life I became pregnant. I gave up everything overnight and begged my uni to let me repeat my last year. My children saved me. I cherished them and they have grown up to be pretty well functioning, delightful, clever, grounded young people. I have never felt good enough for them and that, I feel, is the worst legacy of growing up in the chaotic, unreal world of alcoholic parenting.